...only the exquisite, rare, and exceptional...

for the discerning traveler

Music and Ancient History in the Caucasus 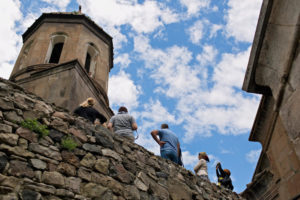 "The idea was to take a trip with my 22-year-old daughter, Liza, an adventure worthy of a college graduation present. We settled on a 10-day journey through the small Caucasus country of Georgia, with a swing through neighboring Turkey, in search of the long-lost kingdom of Tao....

"These remnants of ancient Georgian culture were what drew us to join John Graham, an American musicologist and tour leader who lives in Tbilisi, the Georgian capital, and seven other travelers on a journey that began in the Black Sea city of Batumi, circling through the Turkish cities of Kars, Yusufeli and Ardanuc, before ending in Tbilisi.

"John himself, whom I had met in Paris when he was touring with a choir of Georgian singers, provided the other lure. An academic expert in Georgian polyphonic chant, with a doctorate from Princeton, he had promised us music along the trip, and he delivered — including in a Georgian restaurant and a Turkish tearoom, isolated mountain churches and a rousing summer jazz concert in a Tbilisi park. Read the article.

John Graham’s deep understanding of Georgian culture, history, geography, and politics combines with his thorough familiarity with life in Georgia today. Add to this a keen sensitivity to those around him, a warm disposition, and superb musicianship, and you have a truly exceptional tour leader who will help you not just learn about this ancient land and its people, but to experience it deeply.

In May, 2017 I took two private tours with John.  We had a full day as he drove up into the mountains to Sachkhere and Chiatura. We visited both churches and important house-museums, as well as enjoyed a delicious lunch in a spectacular location along a stream in Sachkhere. I also enjoyed off-the-beaten-path sites in the Mtskheta area, visiting both a Syrian Orthodox men’s monastery (where Aramaic — the language Jesus spoke – is used), and a small female monastery. Enjoyed a great lunch in Mtsk…

I have had the good fortune of traveling all over the world with all sorts of tour groups and guides. This, by far and away, was one of the best and most memorable trips of my life. John and the group members were simply amazing! I am already thinking to myself — how can I get back to Georgia? John thanks for guiding me on this trip! I give it five stars.

John’s tour brought us to the perfect intersection of mind-boggling history and awe-inspiring nature. We hiked a desert mountain covered in blue and pink springtime flowers, we stood in quiet reverence of the grave of a millennia-old saint. We stood at the top of the crumbling rampart of an old fortress and contemplated the green valley below, where hundreds of years earlier the farmers of that rich land feared the ever-present threat of raiders. John’s engaging commentary brought the landscape …

John Graham, a U.S. citizen, who has lived in Georgia for several years, gave our group the opportunity to see many facets of life in this eastern European nation. He has developed many friendships and we were the beneficiaries, as members of his “Arts and Artisans” tour this May. We visited people’s homes, a school for making icons, a school for making felt and felt products, a village where the women are weaving rugs in the traditional way. John has a doctorate in musicology and the subject of…

It is hard for me to imagine a more pleasant and well-organized way to see Georgia than on one of John’s tours. The combination of interesting sites, well-planned itineraries, great food, and capable guides is outstanding. John’s relaxed style coupled with his thorough knowledge of Georgian culture and history makes every day a learning experience, and his ability to adapt and modify the itinerary when unexpected obstacles arise is not to be underestimated. I can’t recommend these tours highly e…

Our June 2017 Ancient Christianity tour through Georgia and Armenia with John Graham was a moveable feast of history, nature, music, art, food, and wine. An exceptional experience. In addition to the planned sights, John introduced us to out-of-the-way treasures and many treasured people including:

A beautiful restaurant in Tbilisi where John and his singer friends serenaded us with traditional Georgian folk music and chant; A personal conversation with the priest of Kvelatsminda monastery, fa…

The Pilgrimage to Georgia Tour was an absolute delight! John, Soso and Shergil were like gracious hosts and friends, making sure we had abundant, sumptuous food and drink, and plenty of spectacular landscapes to enjoy! Many of the ancient churches and monasteries were hidden jewels that would have been impossible to visit without them. Plus, their voices in all those sacred spaces were unforgettably moving. I highly recommend JohnGrahamTours, as they provide an intelligent, thoughtful, and insig…

John was a tremendous resource when the Yale Women’s Slavic Chorus toured Georgia in 2016. He is a careful planner, deep listener, and excellent teacher, eager to share his knowledge and love of Georgia’s culture, music, and landscape. When I started to plan the choir’s tour, he was one of the first people I contacted, and he helped ensure our tour was successful and on budget. John’s suggestions for our tour included the perfect mix of musical workshops, sightseeing, feasting, and time spent re…

Well, for starters, it was a fabulous tour that surpassed my expectations. You are a wonderful leader, John, and perhaps even without realizing it, you set the tone for a relaxed, informative, and fun experience… If anyone had any issue or problem, you tried to correct it immediately. So, we were all in exceptionally good hands. 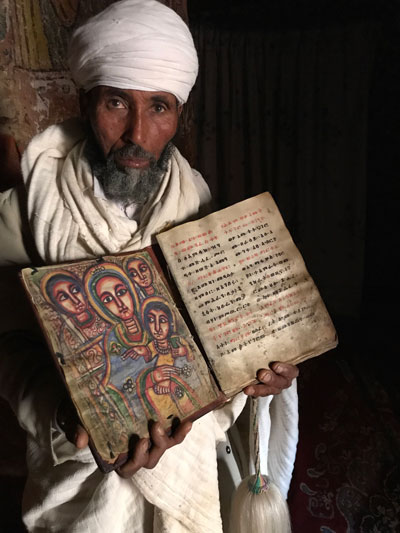 Travel Program… This thrilling adventure through the ancient Christian regions of Ethiopia's northern highlands features a relaxed schedule, plenty of delicious food, top-notch guides, visits to the most important sites, and lots of interaction with local people. We will also seek out unique musicians to feed our interest in local culture through music, cuisine, and religion. Travel will involve several short domestic flights to bypass driving long distances over rough roads. Our centers of interest will be Addis, Lalibela, Gondar, and Gheralta, with forays to Lake Tana (head of the Blue Nile River), the gorgeous Simien National Park highlands with its unique herds of friendly Gelada herbivore baboons, and remote rock-hewn churches in the Gheralta region. The UNESCO heritage churches at Lalibela will feature heavily in this itinerary, as we visit this sacred city during its most important yearly festival: the feast of the Nativity (Jan. 7th on their old Christian calendar). Join us for this extraordinary adventure! Read more here! 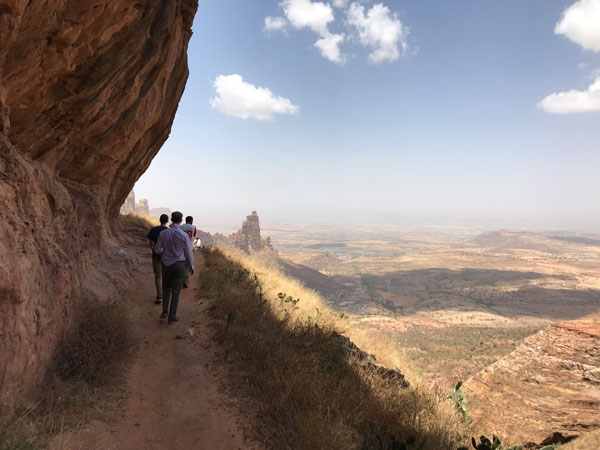 Travel Program… This thrilling adventure through the ancient Christian regions of Ethiopia's northern highlands features a series of short and long hikes through the national parks, along ridges, around lakes and dry river beds. We will have professional guides, support vehicles, packed picnic lunches, and all the necessaries to make this a highly enjoyable trip. Accommodation is in best available hotels and exclusive lodges in the national parks. Travel will involve four short domestic flights to bypass driving long distances over rough roads. Our centers of interest will be Gondar, the Simien National Park, Lalibela, and Gheralta, with forays to Lake Tana (head of the Blue Nile River). The UNESCO heritage churches at Lalibela will be a cultural highlight of this itinerary, as well as the desert churches of Gheralta. We will see plenty of wildlife at Lake Tana and in the Simien mountains! Read more here! 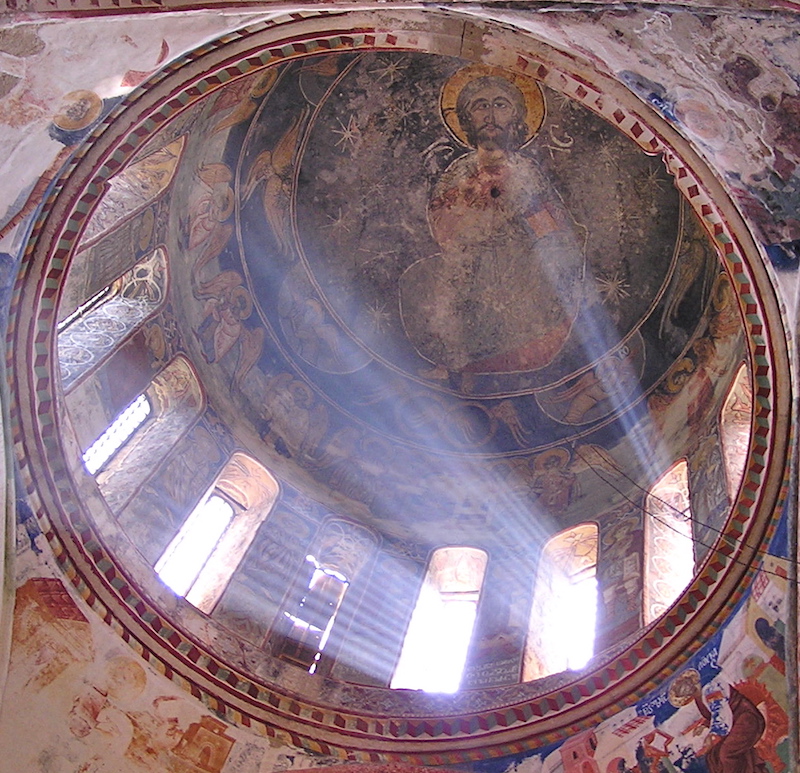 A Cultural Tour of the most important Christian sites (Georgia & Armenia)

Travel Program… One of our most popular tour programs, the Ancient Christianity tour focuses on the most important Christian sites in Armenia and East Georgia. Our tour begins and ends in Tbilisi, the thriving cultural and business capital city of Georgia. On day 3, we travel south to Yerevan, the bustling capital city of Armenia... Read more here! 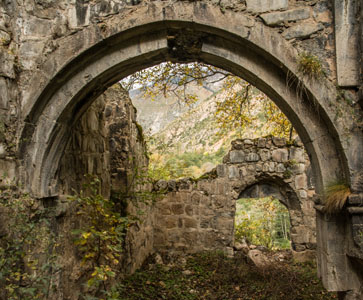 Travel Program… This unique tour program, featured in the New York Times (June 20th, 2017 issue), focuses on the most important Christian sites in the historic 9th-10th century kingdom of Tao-Klarjeti, the location of a great renaissance of medieval manuscript writing, chant composition, and architectural innovation. Our tour itinerary is organized around visiting these "lost" cathedrals, which had fallen into ruin after 400 years of neglect under the Ottoman Empire. But our experience will be infused with traditional music of both Turkey and Georgia, the delicious fusion cuisine and wine of the border regions, and of course a healthy conversation about historical and modern political realities. This tour is perfect for adept travelers interested in a deeper cultural immersion experience. Read more...

Walking in the Caucasus - West

A Hiking Tour through the mountains of West Georgia (Svaneti, Racha, Imereti)

Travel Program… We begin and end the tour in Tbilisi, the capital of Georgia (airport designation TBS) and a beautiful city that featured prominently on trade routes from Asia to Europe. The focus of this unique itinerary will be walking trails in the High Caucasus mountains. We will not be roughing it, however, as jeeps will carry our luggage to the end point, and we will stay in cozy 3-star hotels where a cool beer, a hot shower, and comfortable bed awaits. JohnGrahamTours specializes in the culture of Georgia: therefore, in addition to our walking schedule, there will be an emphasis on visiting medieval churches to see original frescoes, meeting local families to learn about their lives and customs, and experiences with the music and dance of the local people. Read more! 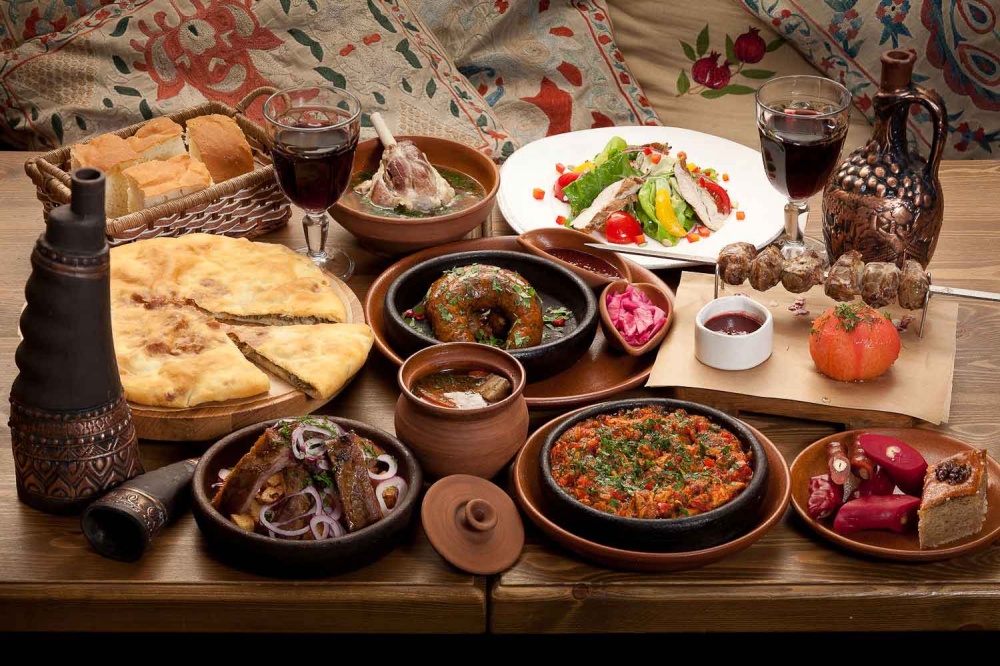 A Cultural Tour through ancient Colchis, also exploring the highlands of Racha and Svaneti

Travel Program… The focus of this unique cultural program will be to visit and understand the impact of the bronze-era kingdom of Colchis, and its dependency on the mountain tribes for mineral resources. After traveling to the Black sea coastal region of Georgia (ancient Colchis), we will pay particular focus to travel through the unique cultural and geographical highland region of Svaneti. The region features a unique language, its own folklore, folk music, and cuisine. The villages are punctuated with thousand-year-old defensive towers, and each town has several Christian chapels with original frescoes dating to the 10th-12th century period.... Read more!

A Cultural Tour through Kakheti and the Tusheti National Park

Travel Program… This unique tour program features the best of the Kakhetian viticulture region in East Georgia, with an adventurous foray into the exquisitely preserved highland meadows and valleys of Tusheti (Now a designated UNESCO World Heritage Area, and National Park). Starting in the bustling capital of Tbilisi, we explore the multi-ethnic heritage of this city through the museums, architecture, cuisine, and music. Venturing up the Mtkvari River, we visit the ancient capital of Georgia, Mtskheta, where rivers converge and Christianity was first adopted in 326 AD as a state religion. After returning East, we take a steep dirt track into the high mountains, going where few tourists brave... Tusheti, land of shepherds, awaits only the most intrepid travelers. Read more!

Sounds of the Tour — Folk songs in various settings

In this series of posts, I document an extraordinary trip to 10 churches in the Shida Kartli region. In... Read More

In this series of posts, I document an extraordinary trip to 10 churches in the Shida Kartli region. To... Read More

In this series of posts, I document an extraordinary trip to 10 churches in the Shida Kartli region. To... Read More 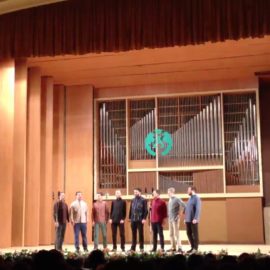 On Tuesday, May 2nd, a folk concert was held in the Grand Hall of the Tbilisi Conservatory as part... Read More